Originally posted on January 22, 2019 at: https://www.southerncastiron.com/grizzly-cookware/ 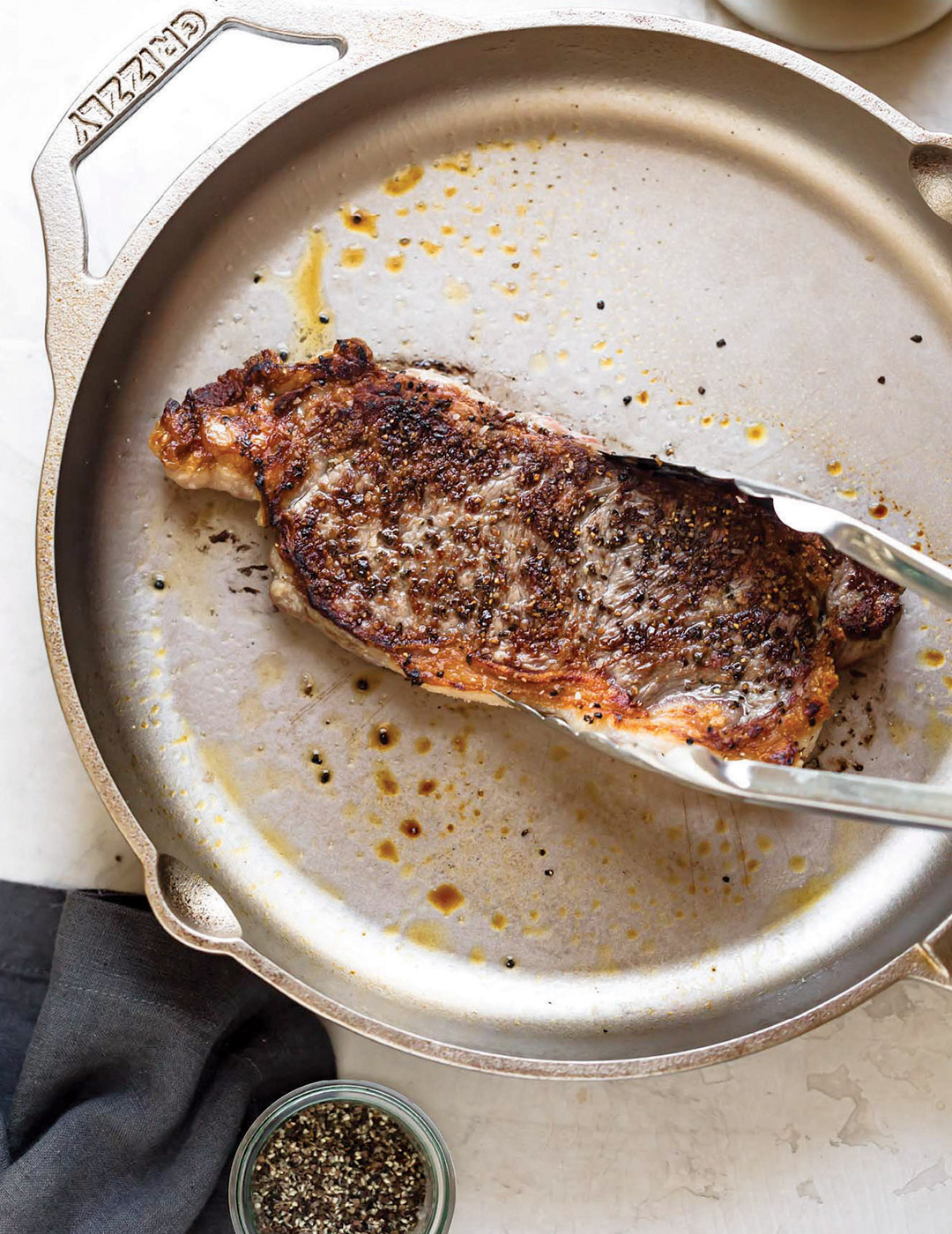 In the ranks of cookware, cast iron has held its own for generations. Its sturdy structure, versatility, and longevity make it an unmatched tool in the kitchen. But if you’ve ever been tasked with cleaning and restoring a pan from its rusty ruins, you also know that cast iron can be tough work. With all the scrubbing and greasing and seasoning, one begins to wonder: is there an easier way?

More than a century ago, vintage brands like Wagner and Griswold produced lines of cast-iron pans with a nickel coating to ease the process of cleaning and care. Nickel made the skillets stronger, more durable, and less likely to corrode while still retaining the thermodynamic properties of its classic counterpart.

But it was expensive and time consuming to coat these pans in shiny nickel, and in the late 1950s, Wagner and Griswold, which had previously combined, closed up shop. Their American-made, nickel-plated pans became a forgotten product of the past—that is, until spouses Kyle and Katie Caniglia entered the picture more than 60 years later. 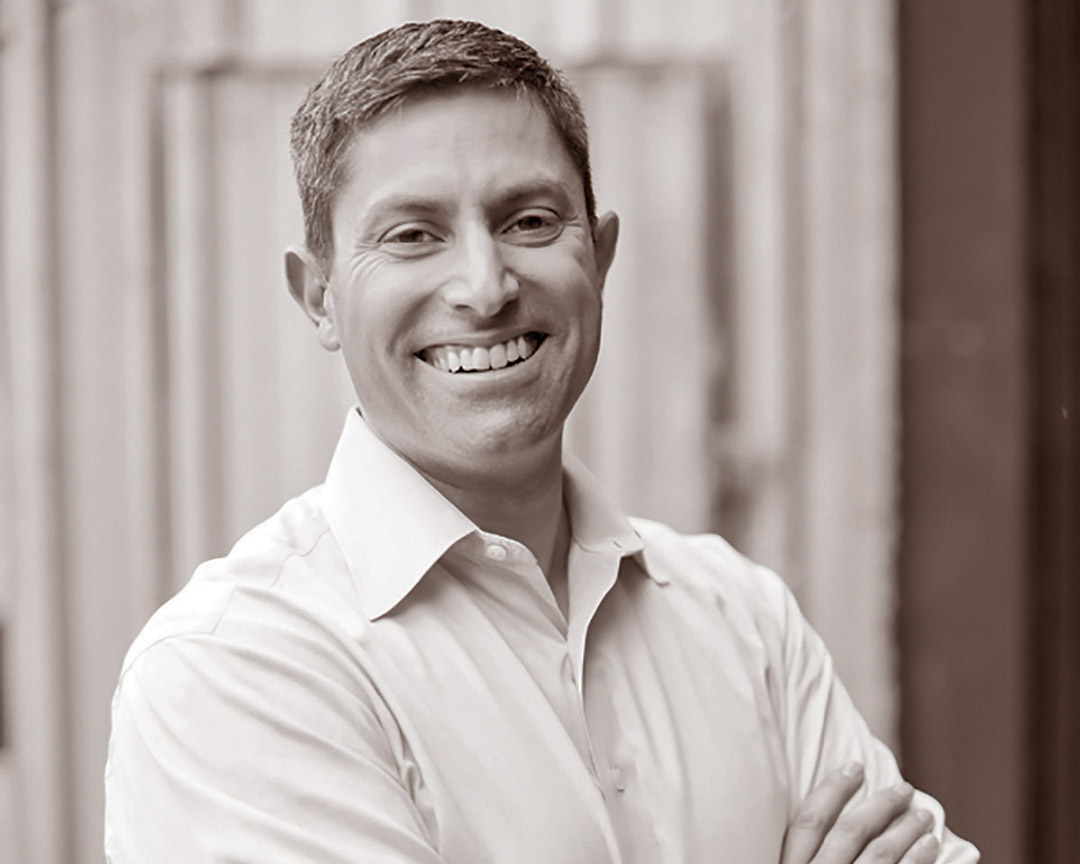 Kyle is a veteran of the United States Army, having served four years of active duty, including a deployment to Bosnia. After leaving the service, he spent 15 years in corporate America before pursuing his entrepreneurial dream of owning American-made companies that could employ fellow veterans. A few years ago, he and Katie came upon a surface finishing company in Charlotte, North Carolina, that specialized in nickel coating, and his dream became a reality. But according to Katie, a cookware company was never on their radar. “It’s not what we ever expected or went after,” she says.

Thanks to a happenstance acquirement of a defunct cast-iron piece that came with the company, Kyle and Katie were introduced to nickel-plated cast iron.

“Our focus was really the surface finishing business, but months later we started thinking about it again and talking about nickel-coated cast-iron cookware,” Katie explains. “We thought, ‘Why not take our commitment here in surface finishing and focus on creating something of great quality, and manufacture it entirely in the United States?’”

Soon, the determined duo would do just that. 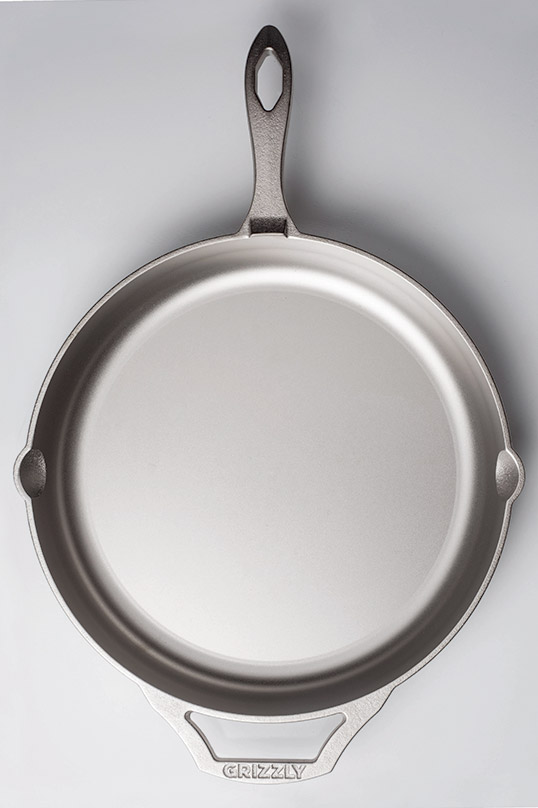 In 2015, GRIZZLY Cookware was founded, and the following year, they introduced their newly improved nickel-coated cast-iron skillet that was delightfully heavy and tough enough to go from oven to stove to the scorching embers of a campfire with no problem. It was well crafted, highly engineered, and it would soon set out to change cast iron care as we know it.

“Our parents used cast iron. My grandmother cooked in cast iron, my aunt cooked exclusively in cast iron, and I just remember never wanting to do anything with it because I saw how it could basically rust out in 10 minutes after cleaning,” Katie recalls. “It just seemed really high maintenance. But there’s nothing like searing a steak in cast iron, and so many of my favorite recipes are done in cast-iron Dutch ovens. With [GRIZZLY], our thought was to have all of the benefits and take away the hassle.”

Gleaming with an eye-catching silver sheen, these ultrasmooth pans’ upkeep is practically effortless. With a splash of water and soap, and the occasional swipe of a scrub brush, they’re like new again. And thanks to the nickel plating, there’s no need to worry about rust. 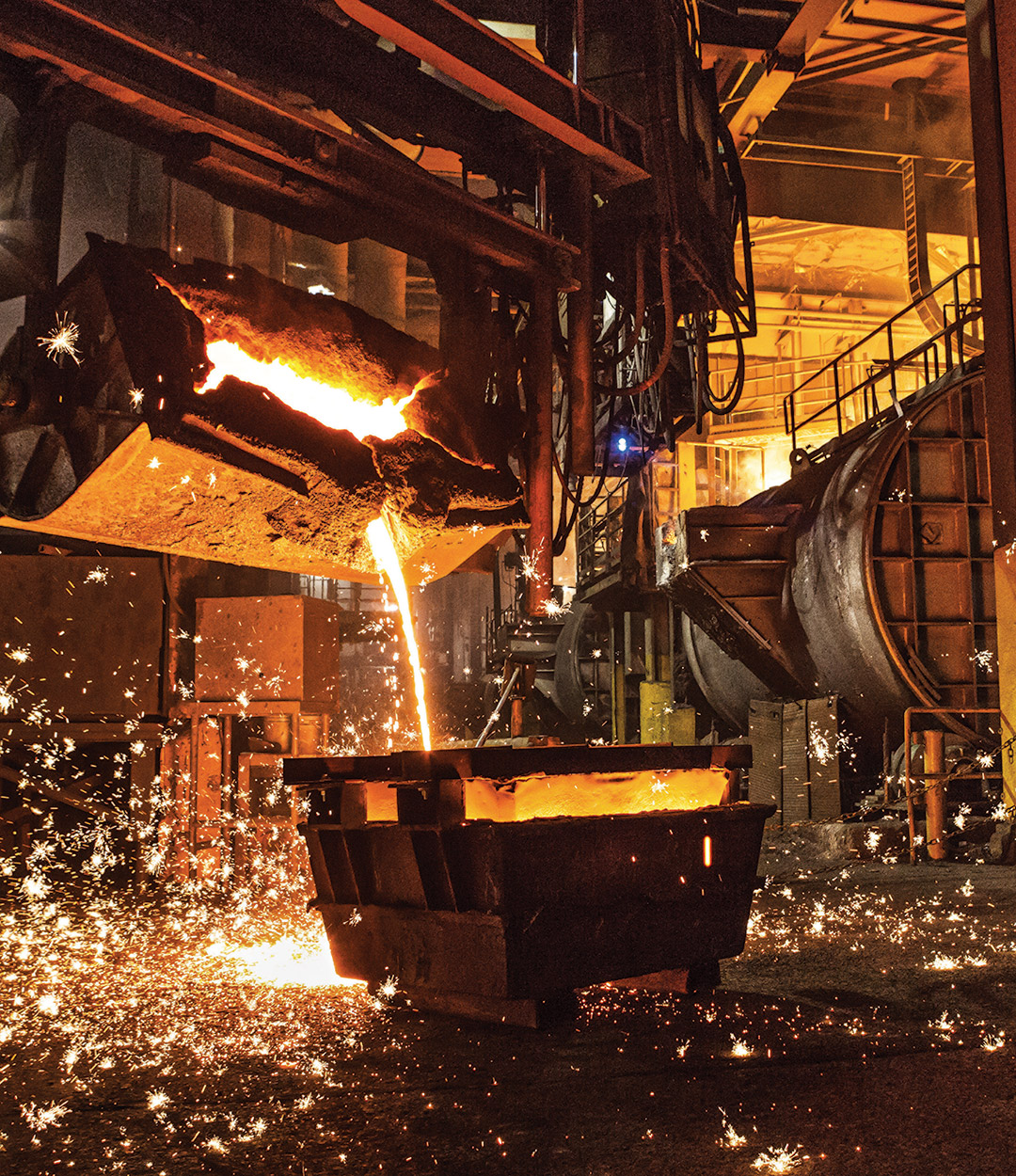 “It takes time to convince folks who are so used to cooking with cast iron,” Katie says. “On one of our first restaurant visits, two phenomenal chefs did a demo and cooked with our skillets. Then, they sent them to the back to be washed, and the woman who runs the back part of the kitchen came back and said, ‘No, no, I can’t use this [soap] to clean it.’ They told her, ‘Trust us, you can.’ She was so scared that she wouldn’t do it. She didn’t want to bear the burden of ruining the pan.” 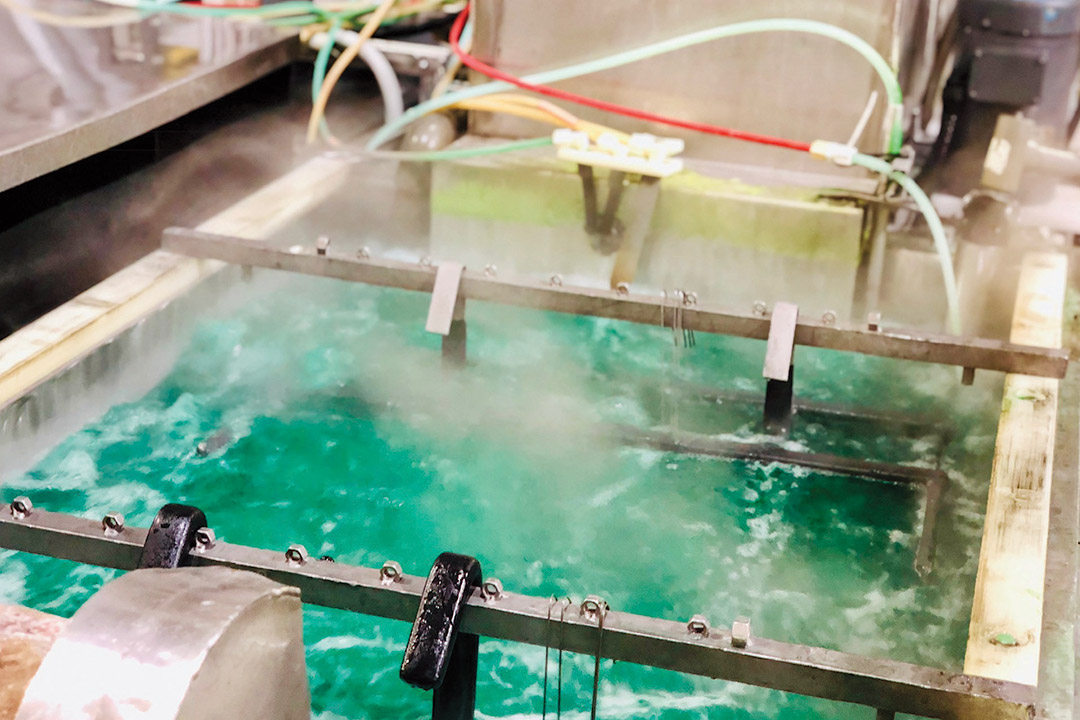 With no seasoning ever required, and no chance of flavor transfer, this Southern cast iron company’s products are unmatched, and their mission is unbreakable.

“Everything that we have done has rallied around our core principals,” Kyle says. “Here in our surface finishing shop, we’re about 45 percent veteran [operated], and the overall hiring of veterans is something that we’ll always maintain and focus on.”

If the ferocious grizzly bear emblazoned on the underside of these pans is any indication of strength, this cast iron company is a force to be reckoned with. 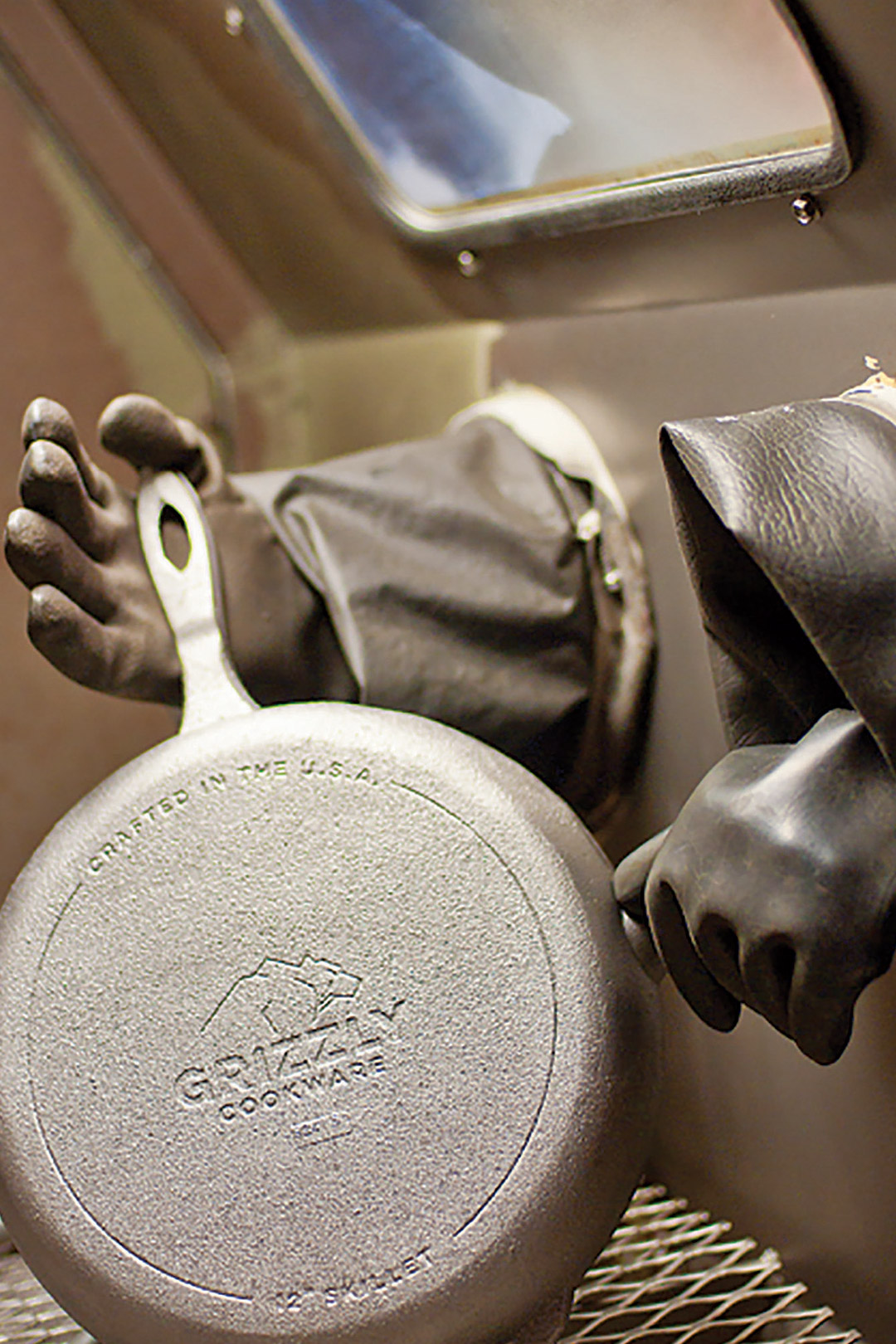